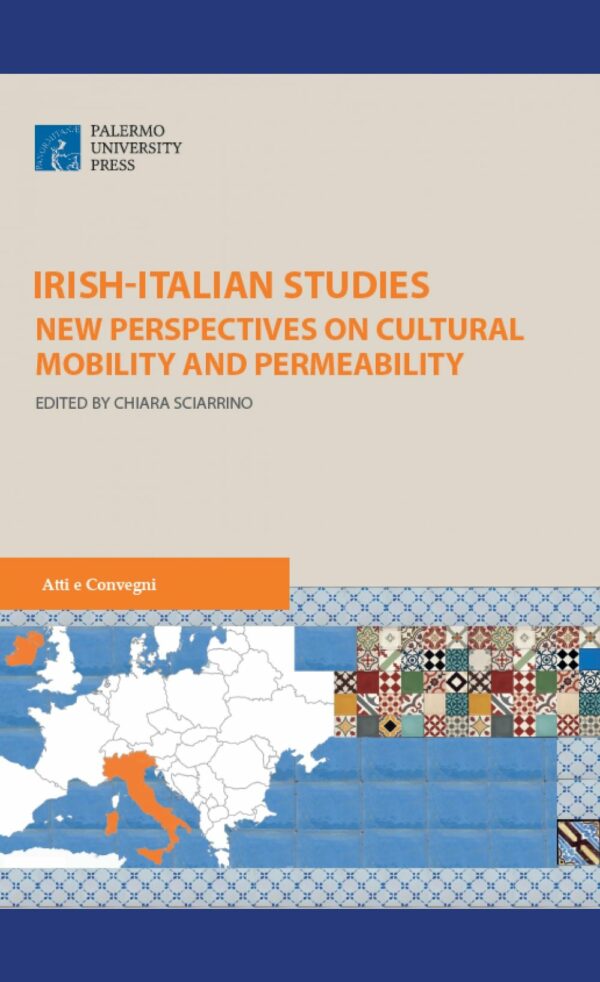 The volume gives new insights into aspects of Irish-Italian Cultural Studies, whileA,A?offering a new cultural perspective offered by academics from different countries as wellA,A?as a homage to William Butler Yeats on the 150th anniversary of his birth.

The volume gives new insights into aspects of Irish-Italian Cultural Studies, while offering a new cultural perspective offered by academics from different countries as well as a homage to William Butler Yeats on the 150th anniversary of his birth.
Keywords: Ireland/Italy relations; literature, liminality, Irish culture and identity; translation studies. The position of Ireland − historical, as well as geographical and cultural − and the moments of change through which Ireland has passed and is passing have it a liminal space. The legacy of the past is intersecting with the present. Traditions are questioned and future outcomes are thrown into doubt. Furthermore, physical and social mobility − the phenomena of the new rich and the new poor and of economic migration into Ireland rather than out of Ireland − confirms the state of Ireland as a stepping stone, a land ‘betwixt and between’, which implies such concepts as identity and difference and conveys feelings of separation, marginality and (re)assimilation. As Irish culture and identity were and are being shaped by the diaspora and other forms of expatriation, in our days vicinity with new migrants is contributing to the construction of a modern country. The book will probe into the diverse dimensions of liminality as they manifest themselves, mainly analyzing the relations between Irish and Italian literature and culture, giving particular importance to processes of interaction and confrontation of cultural identities which are often the prerogative of mobility experiences. The book will also celebrate the work of Nobel laureate WB Yeats, who spent some time in Italy,
on the 150th anniversary of his birth.