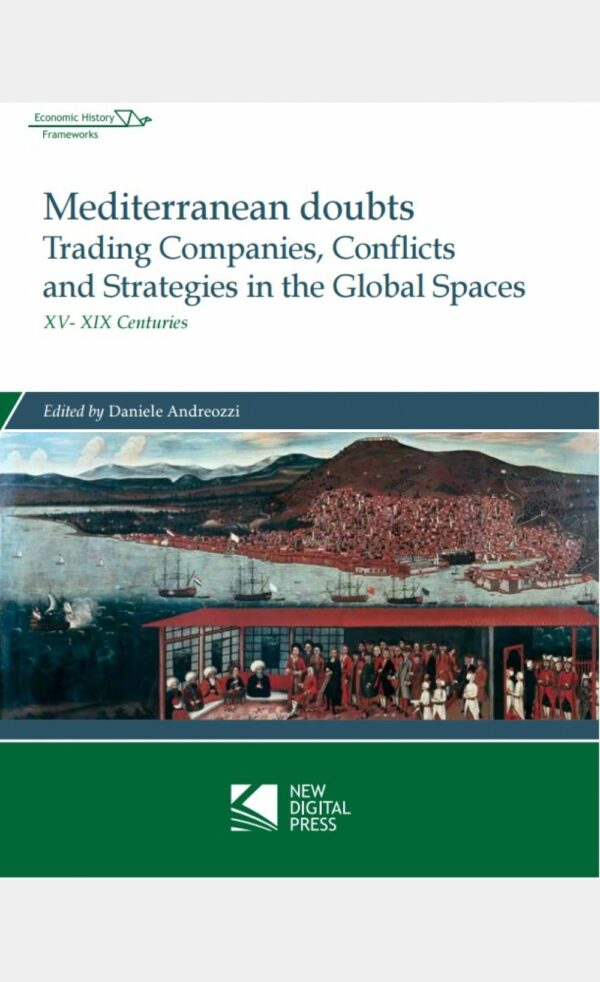 Over the last twenty years an impressive quantity of studies have in fact focused on commercial companies and on mercantile trade. Using a range of approaches and forms of inspiration, these studies have identified these companies as the main agents in the globalisation process and, some have also argued — sometimes using a teleological method – in birth of capitalism itself, turning such companies into the forerunners of current multinationals and harbingers of present day economic developments. The book’s goal is to contribute to such debates through the use of a ‘Mediterranean standpoint’ also projecting into global spaces. The attention it pays to all practices, including breaking and avoidance of the law, players’ strategies, even within those aspects considered marginal and residual, conflicts, failures and opaque relationships between players and institutions, places this book within a Mediterranean world which was often described using the categories of delay and backwardness in the context of the triumphant, objective and impersonal economic categories. The hypothesis of the book is rather that such typically Mediterranean factors are central to globalisation processes and commercial developments in the modern world too. This is the book’s aim. The Mediterranean standpoint can reveal unseen and unexpected scenarios and act as an analytical tool for ocean-related events and comparisons between them.